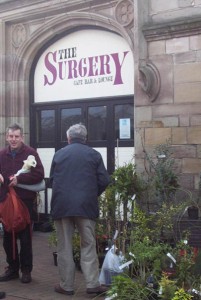 The quality of gp surgery premises was recently brought into question despite a tremendous growth in the rebuilding and replacement of surgeries over the last 40 years. In the 1950’sand 1960’s building health centres was the order of the day. The problem with these premises for gps was the level of service charges. Their design left much to be desired with a proliferation of internal doors, central quadrangles and flat roofs. From 1966 onwards schemes were introduced to allow gps to modernise their premises and later replace or rebuild using either the improvement grant or cost rent schemes. GPs received generous ‘reimbursements’ to fund new and improved premises.

Personally I was involved in over 30 projects in one West Yorkshire city which left only two surgeries that were not improved.. So it is surprising that there is still a problem with the quality of sureries. There has been a trend in the last 20 years to building much larger surgeries costing a fortune and often not owned but leased. Theses surgeries are often shared between two or more practices. Again the problem for gp’s is running costs. It costs money to run and maintain large so-called environmentally economic buildings and in years to come unless there is proper funding for maintaining these premises the quality of upkeep of the premises will deteriorate. In leased buildings often the owner insists on a regular maintenance regime. In a surgery owned by a practice there might be more control on running costs.

Modern premises do however have their problems. The sheer size of waiting rooms that often look like inside of church fail to impress me. These areas have to be lit and heated. Stairwells are lit when the building is closed. There is also a generosity of spacious rooms which is applaudible but also of an excess of rooms which often lie idle for many years. Why not have a coffee shop or health library. Why not have a gym that can be used by fitness groups, yoga lessons or aerobics.

It’s a pity that other parts of the NHS seem to think that it is free to use a GP surgery. I have experienced a serious resistance over the years to health organizations paying service charges. I also was involved in building new rooms for the community nursing team only to find quite disgracefully that the team was withdrawn after six months to another building. This suggested to me that the NHS organization using GP premises should be required to sign an agreement to occupy premises without a six month notice clause.

More thought to design; building big for the future

In the past the design of surgeries has followed design guides published by the Department of Health. The type of rooms provided has been prescribed and the size of those rooms has also been legislated for. Modern surgeries need to provide facilities for new technology. The cabling for a computer network and telephone system are now an integral part of a new surgery.

Tidy up your surgery

Perhaps there should be a tidy up your surgery campaign – little touches can make such a difference. How often are the toilets checked for cleanliness and toilet rolls. Is there a toilet brush to hand? Are there up to date books and magazines in the waiting room and are they kept tidy. Are there flowers in the reception area not artficial ones covered in dust. Is the surgery well signposted. Are the fire exit routes visible? Are the names and hours of availability of all the doctors shown on notice boards or on a sign outside the surgery. Are brass plates provided for each doctor. Remember that the duty pharmacist is required by law to display a registration certificate.

The future is large

The future for gp premises will be controlled by funding. More and more surgeries are being privately funded and leased back. Larger buildings are the order of the day. So two practices share a building one on the ground floor and the other on the first floor. So which surgery do new patients approach. Answer the ground floor. Reach agreement about accepting patients fairly. The future of branch surgeries is very much in doubt as rural surgeries are finding funding issues may result in closure.

Your comments are welcome – email robert.campbell@kingfisherpm.com