What is a Pay Gap?

Arising from the BBC’s recent statutory declaration of salary ranges for its highest paid talent, the concept of the Gender Pay Gap has shot into the public eye yet again. The gender pay gap simply put is the difference in average pay between men and women. In 2016 for full time workers the gap was 9.4%, and when part time workers were added in it became 18.1%. (Source – the Guardian)

I think it would be fair to say that general practice is predominantly an employer of female practice staff and female doctors. In fact, in 2014, Pulse reported that 50.7% of general practitioners were female. This was the first-time female doctors had been in the ascendancy. As far as Practice Staff are concerned in the five GP Practices I worked in, around 8% of the staff employed were male. This 8% included me and one other but only in two of those Practices. I was often the ‘lone’ male employee. I cannot say that I noticed any particular differential of pay between male and female practice staff. However, at the ‘top of the office’ from a Practice Manager Salary and Workload Survey I carried out in 2015, of Practice Managers were Male. The salaries of all the respondents ranged from below £25,000 to over £50,000 pa, although I did not look at gender differences in relation to practice size, I did wonder whether there were factors at play that meant that some ‘staff’ (male or female) were not on comparable salaries.

Looking at these figures again, I can say that some 37.5% of Practice Managers worked part time and almost 27% earn less than £30,000 per annum. So is it more a question of Pay Inequality rather than just a gender pay gap. Unequal pay has been illegal for 45 years. The Governments own web site cites the following reasons for the gender pay gap. It says that a higher proportion of women choose occupations that attract lower pay and a higher proportion of women choose to work part time. It also claims that women are less likely to climb the career ladder. I am not sure that is the case in general practice, but is there a Gender Pay Gap in general practice or it is simply Pay Inequality? For Practice Manager’s you could argue that the NHS Agenda for Change pay system is a hindrance rather than supportive. In the original set of pay scales and the advice that went with it, a Practice Manager in a small practice would be placed on Scale 5 – currently this scale ranges from £22,128 to £28,746. It might also be worth highlighting that since 2004, GP Practices have taken on QOF, CCGs and the CQC and dare I say Practice Managers have taken the ‘brunt’ of the workload, often without recognition and recompense.

The problem for GP Practice staff is the independence of their GP employer from the mainstream of the NHS. Unless, Practice staff are directly employed by an NHS Trust, NHS England or an CCG, an employer with less than 250 employees would not be required to publish the Gender Gap differential. If Practice Staff were employed by one employer and not by independent GP Practices, there is little doubt in my mind that pay inequality would be demonstrated absolutely. In fact, since the NHS Agenda for Change Pay System replaced the NHS Whitley Councils pay system, practice staff pay has fallen behind the rest of the NHS by more than 10%. The use of the National Living Wage and fixed hourly rates is widespread in general practice and therefore, Practice Staff can be paid less than the lowest Agenda for Change pay point for NHS staff which is above the National Living Wage.

The Government also claims that it is taking action to deal with the Gender Pay Gap and this includes requiring large employers (not general practices) to publish their gender pay gap. It is offering 30 hours free child care for families with 3 or 4 year olds. It is also encouraging girls to consider a wider range of careers. It has already extended the right to Flexible Working Hours, and introduced Parental Leave. You could argue that the National Living Wage is also an attempt to manage the gender pay gap. The problem for small employers such as in general practice is the affordability of allowing staff flexible hours or parental leave when shifts and surgeries have to be manned. Surgeries need to be open from 8.00am until 6.30pm – a period of 10 ½ hours. Now that is a long shift. When I carried out a pay survey recently, it was clear that there are different approaches to paying overtime or rewarding staff for working extended and unsocial hours. I wonder too, how many Practices pay an annual cost of living pay rise, or reward staff with a bonus.

Same Job for the Same Pay

Inequality in pay is another subject altogether and I suspect that it would be easier to demonstrate pay inequality across the whole of general practice rather than in individual practices. Pay Inequality between the genders simply put is where the rate paid for two different people in either the same or a similar job no matter the job title is unequal. For instance, are two receptionist staff paid different hourly rates for no apparent reason. Are two practice nurses working the same hours and seeing the same number of patients paid differently for no apparent reason. You can bet your life that excuses will be found. There is always a secrecy about pay and pay slips. No one likes to think that someone is getting more than they are for the same job. For instance, there needs to be absolute clarity of wording in contracts of employment about the award of annual increments. Staff might receive extra for an additional task that is specific to them. Staff might receive an on-call allowance or an unsocial hour’s payment. But strictly speaking if doing the same job at the same time the pay should be the same.

Bearing in mind the secrecy that surrounds the content of a pay packet it might be difficult for an individual employee who is concerned that someone else is earning more than they are for the same job to develop and lodge a case with their employer. The task in hand would be to present a comparison of two or more posts where the ‘applicant’ considers there is an unfair pay differential where the duties and responsibilities of the post held are in the applicants view the same or similar. The claim should list all aspects of pay and describe the duties and responsibilities for both the claimant and the comparator person/post. If the claim fails with the employer, the next step is to lodge a claim with an Employment Tribunal. A useful web site to look at is www.equalpaypoertal.co.uk. Information can also be found on the ACAS web site, www.acas.org.uk and the Governments own web site, www.gov.uk.

As a Practice Manager, it is important to be aware of the risk of claims of unequal pay, if staff are employed on conflicting pay, terms and conditions. My view is that it would be wise, particularly for a new Manager to review staff pay, terms and conditions and job descriptions as a priority and to record and draw to the attention of the GP employer any anomalies or concerns that are found. Beware of the perennial argument ‘We can’t afford it’.

I am in the process of revising the content of this site. If have have found something useful can you let me know – kingisherpm@hotmail.com 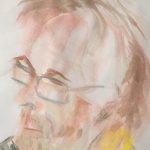 A new Checklist has been added to this site which provides an extensive guide Practice Managers awaiting an inspection day. Be prepared is the best advice that can be given, and whilst to some extent the work of the Inspectors is predictable and there are plenty of Reports to look at for clues, there is no knowing what might crop up in your Practice. Be prepared!

In future this free site for GP Practice Managers will concentrate on providing Tools for training staff.

A bonus session is provided for trainers who want to run a light hearted session for staff with a sting in the tail.